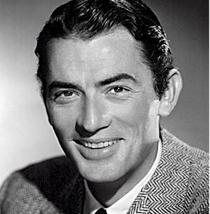 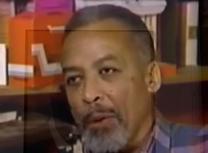 The most read book of all time begins with these words, “In the beginning…” The rest, they say, is history.  Others have framed this in another way. His-Story. Her-Story. Or, it could be unknown like a mystery, or as some say, Mys-Story.

Either way the greatest story ever told is always told by the one who writes it all down and preserves it. Nonetheless, all stories begin at the beginning and are retold again and again via oral communications and or other methods.

For example, my individual story might well go untold except by those in my immediate family and may well therefore remain a mystery. However, others' stories are enshrined in petroglyphs, hieroglyphs, scriptures, great literary epics of Eastern, Western and native indigenous and aboriginal traditions and those of the modern media era via electronic, digital radio, television, video, photographic, literary, stage and film product. These mediums will continue to transmit share, preserve and tell stories once told around campfires and family gatherings.

The story of this gathering began, as I assume all stories begin, with a conversation. The conversation that brought us together in 2014 was initiated because a young man, Bikbaye Inejnema was involved in the Leimert Park Theatre Festival presented by James Burks, Special Projects Director for the City of Los Angeles Department of Cultural Affairs. Bikbaye was so amazed and absorbed by the gathering of those assembled during this festival he had to ask a question. Who are these guys? He, you see, fairly new to Los Angeles, was unaware of the existence of what the central or common core that drew these folks together was other than theater and not just any theater. He discovered it was the Inner City Cultural Center, the first minority owned and operated multi-cultural, multi-ethnic, multi-racial and multi-disciplinary performing and visual arts institution in the nation that had as its core program philosophy color-blind and non-traditional casting. Inner City, as it been called since its inception in the aftermath of the 1965-Watts rebellion, was the fertile ground and original genesis of the multi-culturalism arts movement, which basically focused on inclusion in the theater, film television and entertainment industries. Today’s term for “multi-culturalism” is coined “diversity”. Therefore, in essence, Inner City Cultural Center was the “O.G. of Diversity” (original genesis of diversity).

Bikbaye’s question was, “How come I, or other people, do not know about the Inner City Culture Center. Somebody should do a documentary about Inner City.” James directed Bikbaye to Dr. Sandi Sheffey. She and I had published a book on Inner City entitled Out of the Ashes, a photographic production history of the Inner City Cultural Center from 1967-1992. Sandi told me about the meeting with Bikbaye. Eventually Bikbaye we all met.

We started a conversation that led to the development of  a 3-year/3-phase program of 50th Anniversary programs celebrating milestones in Inner City Cultural Center’s history that included the collection and documentation of materials for developing, writing and producing a documentary film and a second updated version of Out of the Ashes. Then the thought arose. What would we do after we have a book and a film? We answered our own question. All of the documented history of Inner City and the archives of Mr. Jackson along with a film and a book would best enshrine the legacy of C. Bernard Jackson co-founder, artistic and executive director of the Inner City Cultural Center, if we would initiate a process to have a library named in his honor. In this manner, his work, those of ICCC alumni and other Los Angeles based community artists of the type Jack nurtured, could house their story, their work and their journey through the arts in the same library, thereby providing a record, a peoples history and not a mystery for others to study and learn of the road less travelled.

Los Angeles cultural history can and should be told by those who create and reflect the times in which they live. C. Bernard Jackson, Dr. J. Alfred Cannon, and the late Gregory Peck began a conversation that we storytellers have to acknowledge that turned a vision into a reality. After all, that is what creative thinkers do. Create and in doing so, solve problems as well as create alternative realities. Our job is to continue that conversation with the ultimate goal being the establishment of the C. Bernard Jackson Memorial Library. Doing so would enshrine for a period of time, like that akin to a pyramid, an oracle that will preserve the story of all who, coming out of the ashes, have made the journey.

We simply hope you agree and will join us on the road we are travelling. Jack shared his vision and provided a place for others to realize theirs. We can and should do no less. Otherwise, who will tell and preserve our stories? Thank you for sharing your story with us. 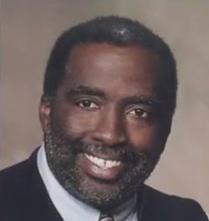