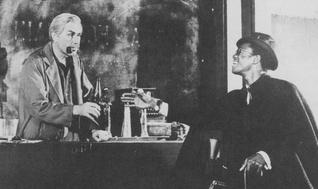 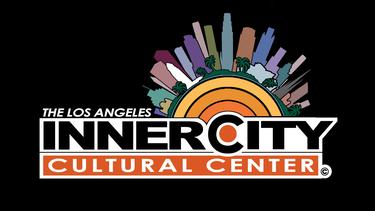 Thomas, Sidney Poitier, members of the UCLA Theater and Dance Departments, the Inner City Cultural Center thrived and provided a platform and a home base for minority artists to develop their skills and talents.

Included among the supporters and contributors were people such as:  Mako, Luis Valdez, Alvin Ailey, Beah Richards, Twyla Thorpe, Denzel

Inner City Cultural Center, true to its production and programming philosophy, was therefore the “original genesis", i.e. "O.G." of multiculturalism, diversity and inclusion. Coupled with it's color-blind and non-traditional casts, Inner City provided a space allowing minorities of all stripes a voice.  Other organizations and individuals gained their footing here.  Tthe Inner City Cultural Center was the "O.G", the leader of diversity and inclusion in the stage screen and television industries.  Thus, the theme of our anniversary celebrations, "From Multi-Culturalism and Diversity to Inclusion 1967-2017”. 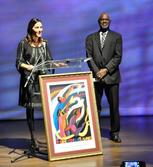 The alumni of the Los Angeles Inner City Cultural Center (LAICCC) 50th Anniversary Planning Committee will present the third of three 50th anniversary celebrations recognizing a milestone of the history of the organization.

The event also acknowledges the 1967 inaugural season that launched the Inner City Cultural Center and the Langston Hughes Memorial Library.  Thus, Inner City cultural Center established itself as the "original genesis" and an advocate for multi-culturalism, diversity and inclusion in the theater, film and television industry.

The Center was conceived in 1965 by C. Bernard Jackson, a UCLA music and Dance Department rehearsal pianist, and neuropsychiatrist, Dr. J. Alfred Cannon.

They connected with Academy Award winning actor Gregory Peck.  Mr. Peck was a board member of the National Endowment for the Arts (NEA), National Council on the Arts.

Peck and the NEA secured support from the Ford Foundation, U.S. Department of Education and the Los Angeles Unified School District (LAUSD), and the Inner City Cultural Center, became one of three theaters approved nationally, as part of the Educational Theater Laboratory Project.

The theater project was designed to  introduce classical and professional theater to students. From 1967-1970, Inner City exposed 35,000 LAUSD students and additional audiences to live theater with it's program of non-traditional and color-blind casting. The first play of that inaugural season, TARTUFF, included future Academy Award winner and nominees Louis Gossett, Jr. and Paul Winnfield amid a diverse and inclusive group of actors such as Bonnie Bedelia, Robert Ito and Roscoe Lee Browne among others.

With the additional assistance of such luminaries as the late Robert Wise, Milton Berle, Eddie & Margo Albert, Budd Schulberg, and others such as Marlo

Previous award recipients have included George Takei of “Star Trek” fame, Miles Davis, Alvin Ailey, film director Robert
​Wise, and posthumous awards to people like the late architect Robert Kennard, an original board member of the Cultural Center and Cecilia Peck, who accepted the award on behalf of her father, the late Gregory Peck, a staunch supporter at the Center’s inception.

Sunday, November 5, 2017 an “Envisioning Seminar” and discussion will take place. It will focus the process of establishing a library in honor of Jackson and archiving his collected works and those of Inner City alumni and Los Angeles based community.

This will mark the official launch of a campaign to build the library. It is also marks the 50th anniversary and launch of the Langston Hughes Memorial Library Mr. Jackson initiated in 1967.

The library was a primary mission of the Inner City Cultural Center and was to utilize the arts as the vehicle to increase cultural communications among ethnic and racial groups ​“…for the presentation and study of the performing and other arts to make available to the minority groups residing in that area the finest performing and the other arts and to furnish to such groups an outlet and facilities for the development of their talents and capabilities”, (Articles of Incorporation, 1966).

​The November 4th, 2017 Anniversary celebration will highlight the 1967 inaugural season by acknowledging and recognizing the efforts of those who continued to make contributions and strides in diversity and inclusion at the Los Angeles City Cultural Center looks to the future, the book, the documentary film and the launch of its historical cultural center library project, The LA ICCC C. Bernard Jackson Memorial Library.