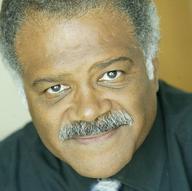 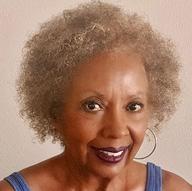 Los Angeles Inner City Cultural Center (LAICCC), the nation’s first and most influential minority owned and operated multi-cultural, multi-ethnic, multi-racial and multi-disciplinary visual and performing arts institution, has entered into a collaboration with the Entertainment Community Fund (formerly the Actors Fund of America) and its Performing Arts Legacy project (PAL) that will enable LAICCC to document the career histories of its many distinguished alumni.

LAICCC is the first arts organization outside of New York chosen to enter into such a collaboration with the Performing Arts Legacy project.

An initiative of the Entertainment Community Fund’s Research Center for Arts and Culture, the Performing Arts Legacy project has served since 2016 as an online repository of memorabilia, career timelines, blogs, videos and oral histories of the careers of performing arts professionals age 62 and above. An Inner City Cultural Center alumna, Virginia Wing, participated in the Perfoming Arts Legacy project’s launch. See https://performingartslegacy.org/wing/

“We are delighted to finalize this collaboration with Inner City Cultural Center,” said Joan Jeffri, director of the Performing Arts Legacy project and founder and director of the Research Center for Arts and Culture. “There are few West Coast-based arts organizations with the rich legacy and cultural history of LAICCC, or with such an impressive roster of alumni. We look forward to documenting their careers and sharing this new treasure trove of resources with entertainment industry professionals worldwide.”

“No other arts / entertainment organization in the history of Los Angeles has done more to provide exposure and career opportunities for artists of color,” said Ernest Dillihay, LAICCC treasurer and executive director of LAICCC’s Cultural Legacy Project. “And no other arts / entertainment organization in the DEI (Diversity, Equity and Inclusion) space – where ICCC was a first mover -- can lay claim to such a distinguished group of alumni, whose impact on the industry continues to resonate today.”

As a case in point, the recent filmed version of the late LAICCC alumnus August Wilson’s play “Ma Rainey’s Black Bottom” was executive produced by Denzel Washington, directed by George C. Wolfe, and featured Glynn Turman, all of whom are LAICCC alumni. (To see a list of those alumni, click “Prominent Alumni and Associates” under the Cultural Legacy tab of this website.)

“This collaboration with PAL will enable us to document the histories of our alumni on an accelerated timeline,” added Dillihay. “Coincidentally, we are now in the second year of a collaboration with the Beloved Community Initiative at UCLA, where LAICCC first took root, and UCLA campus organizations and academic departments will have the opportunity to participate in our collaboration with PAL.”

The first Inner City alumni whose career histories were scheduled to be documented as part of the LAICCC / PAL collaboration are:

• Christine Avila, a veteran film, TV and stage actress, dancer, singer, choir director, and educator, who began her affiliation with Inner City Cultural Center in 1968, appearing in its production of “The Fantasticks.” Christine has taught at UCLA, UC Santa Barbara, Loyola Marymount University, and the University of Southern California and was an associate artist at Los Angeles Actors Theater.

• Gloria Calomee, producer, film / TV / theater actress, writer and singer, who began working with ICCC principals C. Bernard Jackson and George Takei six years prior to ICCC’s formal launch in 1966, and was its producing director from 1985-95 with more than 25 productions to her credit. She was also the first theater manager for Los Angeles Department of Cultural Affairs’ Nate Holden Performing Arts Center.

• J.D. Hall, an actor best known for the films “Fatal Attraction,” “Father of the Bride,” “Jaws: The Revenge” and “Undercover Brother,” and the TV series “Lincoln Heights” and “Power Rangers,” has numerous on-screen and voiceover credits in film, television and videogames. He began his ICCC affiliation 1977 in director Ted Lange’s production of "Hamlet," starring GlynnTurman and Art Evans.

• Ted Lange, best known for his role as Isaac Washington in the long-running ABC TV series “The Love Boat,” has enjoyed a prolific career not only as an actor, but as a writer, director, or producer of more than two dozen plays. A graduate of the Royal Academy of Dramatic Arts, he appeared in the original Broadway production of “Hair” and the ABC sitcom “That’s My Mama.” In 1977, he began an affiliation with ICCC that continues to the present day, initially leading its Shakespeare Workshop, producing and directing “Hamlet,” and starring in “Othello.”

• L. Martina Young, Ph.D. joined ICCC in 1967 as the  youngest dancer in the Inner City Repertory Dance Company under the direction of choreographer Donald McKayle. Also a myth scholar, educator and writer, she was an artist in residence for the Nevada Arts Council for many years and director of dance at University of Nevada Reno from 1987-94. She is also a prime mover in the Dance History Project of Southern California.

This past summer, the LAICCC team of Ernest Dillihay, Carmen Hayward-Stetson and Duane Shepard Sr., along with student interns, participated in PAL’s virtual “Train the Trainers” program to prepare them for assisting LAICCC alumni in documenting their career histories. The actual documentation phase was scheduled to be completed by December 14. Following post-production, the completed documentations will be posted on the PAL website, as will subsequent documentations that result from the LAICCC / PAL collaboration.

Selection of the next cohort of LAICCC alumni whose career histories will be documented as part of the collaboration with PAL will begin in February and the participants will be announced thereafter. In addition, we are pleased to announce that Ronald Talley will join the LAICCC production team to assist the next cohort in documenting their career histories. 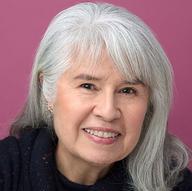 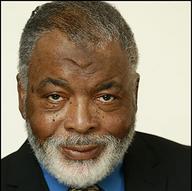 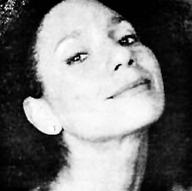