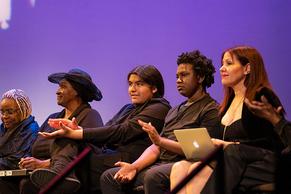 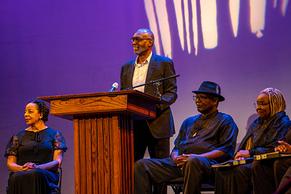 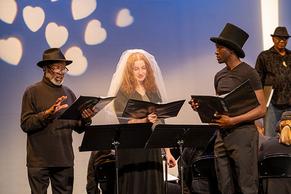 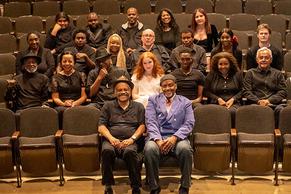 From left: 1. “Our Town LA” director Ted Lange with ICCC board member and co-producer​ Carmen Hayward-Stetson, who played the Narrator. 2. Oscar Edwards, founding partner of the Diversity Equity Inclusion Group, leads the post-show panel discussion of “Our Town” in the DEI True Storytelling space, with cast members Janine Lancaster, Levy Lee and Renda Pettis pictured here 3. Levy Lee in the role of the Stage Manager. 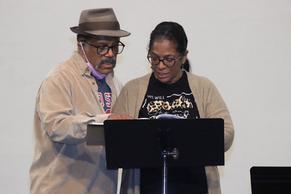 Los Angeles Inner City Cultural Center, in collaboration with the UCLA Beloved Community Initiative and the UCLA Department of Film, Theater and Television, presented a staged play reading of Thornton Wilder’s 1938 Broadway hit and Pulitzer Prize winner “Our Town” – renamed “Our Town LA” for the occasion -- on Saturday, April 16, 2022, as a prelude to UCLA’s Beloved Community Initiative Awareness Week, which ran from April 19-26.

​
Broadway World both noted the announcement of the show and published a followup article. These were our first placements in that publication, and there will be more:

​Click here for a photo montage of the event, created by Ross Jordan.

​BCI Awareness Week itself began on April 19 with the annual BCI luncheon, at which the C. Bernard Jackson Bridge Builders Awards, named for UCLA alumnus and ICCC’s co-founder and executive director, were presented to Nobuko Miyamoto and Ben Caldwell.

​“Our Town” is a particularly significant component of ICCC’s cultural legacy. The 1968 ICCC production, conceived and directed by C. Bernard Jackson, was the first anywhere to feature a multi-ethnic cast, in keeping with ICCC’s principle of colorblind casting. At last, there was a production of “Our Town” that could show what “Our Town Los Angeles” really looked like.

Our staged play reading of “Our Town LA” was executive produced by ICCC treasurer and Cultural Legacy Project executive director Ernest Dillihay; co-produced by ICCC board member Carmen Hayward-Stetson, who also played the narrator; directed by the eminent actor, writer, author and producer Ted Lange; and featured Levy Lee as the Stage Manager and Art Evans as Mr. Webb -- supported by an inter-generational cast of students from the UCLA Department of Film, Theater and Television, and professionals from the Los Angeles theater community. Rocky Hood served as the Production Stage Manager and Will Mahood as the sound designer & editor. 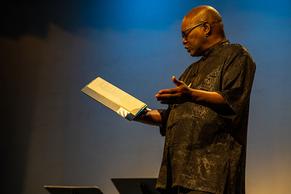